It is not possible for Ben Smith to think about in a clear way what would be his strategy during his four-month sabbatical until after the test, which is going to take place on Saturday. However, Ben Smith will for everyone else start; however, the process has already started for wondering how team All Blacks will succeed in his absence for the year’s remainder.

If someone says Smith is not the best back outside in the rugby world, it would be really interesting to know who they presume is better.

It is really hard to discuss that there is any player of the backfield who is more efficient and can offer more than what Smith has done for the team. It is hard to find a player who has a higher impact and has been more effective and contributor than him, after he became regular of All Blacks in 2013.

His ability to influence the tests is astonishing. END_OF_DOCUMENT_TOKEN_TO_BE_REPLACED

All Blacks players have returned to strengthen Super Rugby teams The Crusaders and The Highlanders ahead of the quarter final clash this weekend. The Christchurch-based Crusaders have received a boost of five All Blacks stars, including centre Ryan Crotty. 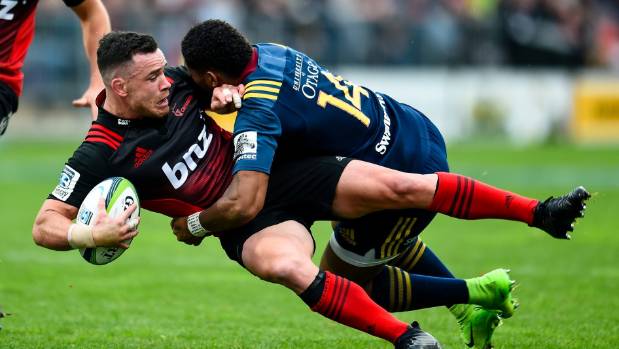 Crotty picked up a hamstring injury in the first test when the All Blacks clashed with the British and Irish Lions. Frontrowers Owen Franks, Joe Moody and Codie Taylor all returned. The trio were rested by the Crusaders in the 31-22 victory against the Hurricanes last week. The trio are expected to add to the selection pool as the Crusaders face The Highlanders after ending the 14 game winning streak of the wellington-based side last week. END_OF_DOCUMENT_TOKEN_TO_BE_REPLACED

The Lions did something incredible in the course of their clash with the All Blacks; they unravelled the aura around their opponents. Going into any game against the New Zealand side, there is this psychological barrier for sides in the northern hemisphere. The series tie should be a reference point for other sides, according to England World cup winning coach Clive Woodward.

The coach said the ‘genie is out of the bottle’ with regards to how things ended in the Lions Tour. Woodward was the head coach when England faced the New Zealand side in 2005. They suffered a 3-0 loss as the All Blacks side were unbeatable. END_OF_DOCUMENT_TOKEN_TO_BE_REPLACED